THANK YOU FOR YOUR CONTINUED SUPPORT!

Thank you to those who attended our Annual Awards & Sponsor Social along with our dedicated board members and volunteers. It was a beautiful evening at First Ward Park. We celebrated our 76 Annual Sponsors and gave 6 Awards to individuals and organizations that have made significant contributions to promoting and enhancing the parks, greenways, open spaces, active play and recreational opportunities within our community!

In case you missed it, you can check out some of the event photos on our Facebook page here.

CONGRATULATIONS TO OUR 2017 ANNUAL AWARD WINNERS 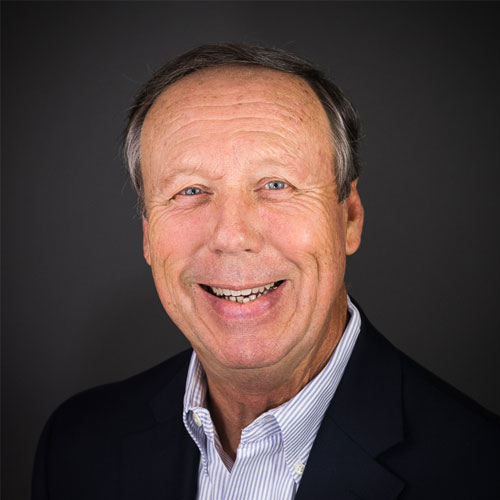 Dr. Phil Rea is Professor Emeritus in the Department of Parks, Recreation and Tourism Management at North Carolina State University. He is nationally respected and admired for his achievements with parks and recreation, as he was recently awarded the National Recreation and Park Association 2017 National Distinguished Professional Award.

Phil joined the faculty at NC State in 1978 and was selected as the department head in 1987, a position he held until 2003. Prior to joining the academic side, Phil worked for years in the industry gaining valuable experience as a park and recreation professional. He is the co-author of four books mainly on park and recreation management. He developed two national training programs for park and recreation professionals: The School of Sport Management and the NRPA Directors School. His service as director of various Oglebay schools has spanned over 30 years. He has also served as President of the North Carolina Recreation and Park Association and has received both their Hall of Fame Award and their Fellow Award. He has been a great representative for the state of North Carolina and has been largely responsible for the continued development of park professionals in this State. 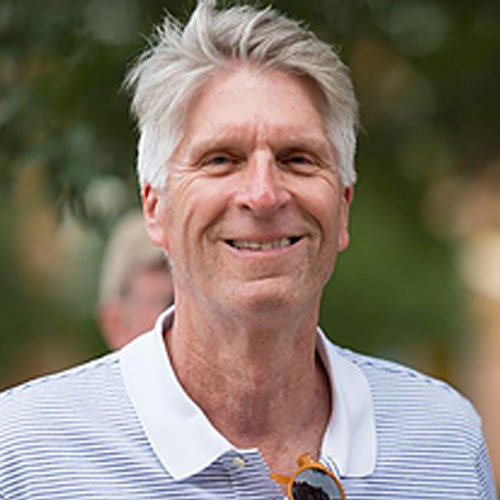 Dick Winters
Partners for Parks is proud to award Dick Winters the 2017 Joe Cogdell Volunteer Service Award. Dick is a long-time advocate for cycling in Charlotte, and is the Built Environment and Safe Routes to School Coordinator with Mecklenburg County Public Health. Dick is a member of Mecklenburg County’s Greenway Advisory Council and the Charlotte Regional Transportation Planning Organization’s Technical Coordinating Committee. He is on the board of Trips for Kids Charlotte, serves on the Open Streets 704 Planning Committee, and is the Chair of the Trips for Kids Charlotte Re-Cyclery subcommittee. Most recently, Dick, along with DC Lucchesi and Ben Cooley, founded Learn to Ride. Learn to Ride is a not-for-profit, 100% volunteer series of events to grow Charlotte’s cycling community one new cyclist at a time. 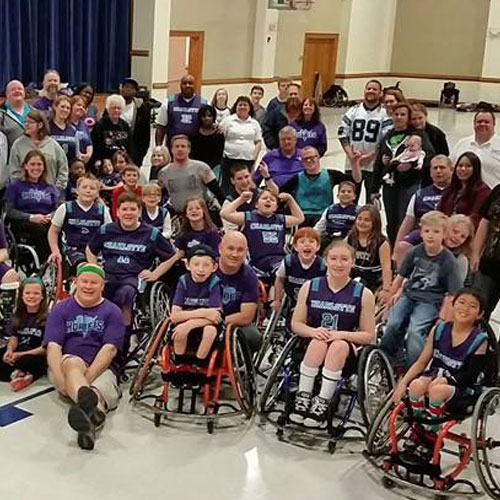 Abilities Unlimited of the Carolinas
Formed in June 2005 by three fathers of children with physical disabilities in the greater Charlotte area, the mission of Abilities Unlimited (AUCarolinas.org) is to provide organized athletic programs that will compete regionally and nationally in wheelchair basketball, wheelchair track and field, wheelchair softball, and swimming, as well as facilitating participation in a variety of outdoor sports (archery, fishing, water-skiing, equestrian, etc.). It has become one of the most respected programs in the country, attracting families from both Carolinas and even southern Virginia for the opportunities it provides, not only to enjoy and benefit from the lessons and camaraderie of team sports in the present but also going forward.

Close to a dozen young athletes from the Charlotte Jr. Rollin’ Hornets (basketball) and Carolina Cruisers (track & field) have gone on to compete on the university level on scholarship, with several representing the United States on Paralympic, World Championship, and Parapan American Games teams.

AU has grown to now field three junior and two adult wheelchair basketball teams and works diligently to broaden the awareness of its programs to families who do not know that these athletic opportunities exist for their children. 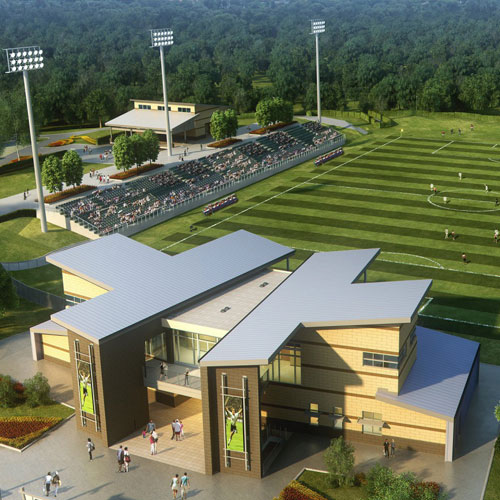 The Sportsplex at Matthews
The Sportsplex at Matthews is an athletic facility that consists of 9 synthetic turf fields, 2 grass fields and a 2,500 seat grass stadium. All fields are multi-purpose fields that can accommodate a variety of sports; soccer, lacrosse, football, field hockey, rugby, etc. The Stadium has a two story field house with home, away, and referee locker rooms. The top floor of the field house is a 90-person conference room that is available to rent. The Sportsplex also has two playgrounds and roughly 2 miles of paved trails. The venue has been more than a decade in the making, as Mecklenburg County hired Woolpert in the mid-2000s to plan and design the Sportsplex at Matthews, and the grand opening of the expansion was celebrated in June of 2017.

“We wanted to design a SportsPlex for all ages, from the young kid learning how to play to the professional level. Young players are going to be able to experience what the pros experience, and do so on the same field. That’s a win no matter the score.” – Andrew Pack of Woolpert 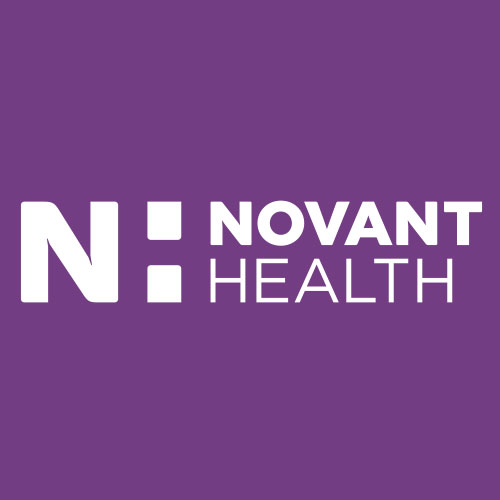 Novant Health
Novant Health has been a great corporate citizen in recognizing the importance of parks and recreation. Their willingness to sponsor programs and facilities in this region has been very valuable. The Novant Health BMX Supercross Track facility in Rock Hill was the host of the World BMX Championships this year. BMX is going to be a Olympic sport in the coming years. Novant Health also provided the EMTs and Sports Trainers for the 2016 US Paralympic Trials held in Charlotte and hosted by Partners for Parks as their donation to the event.

Novant Health Sports Medicine has partnered with a variety of teams, programs, community groups and organizations to provide medical care and services to participants at numerous events. They have had the opportunity to partner in Mecklenburg County with 7 high schools and 2 private high schools and all of the high schools in Union County. They have also worked with various groups to provide services for individual events including 5ks, 10ks, ½ marathons, basketball tournaments, track meets and flag football games. 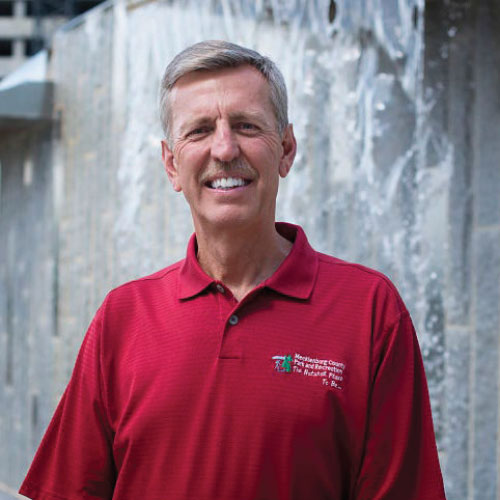 Jim Garges
Jim Garges has overseen the staff and operations of Mecklenburg County Park and Recreation since 2007, helping to grow the area’s selection of recreational opportunities for residents and bring national attention to the department.

“Thanks to Jim’s leadership, we have truly been able to help improve the quality of life for our residents.” – Dena Diorio, Mecklenburg County Manager

A big congratulations to all of our 2017 Award Winners! If you see these lovely folks around town, please make sure to say hello and give them a round of applause!