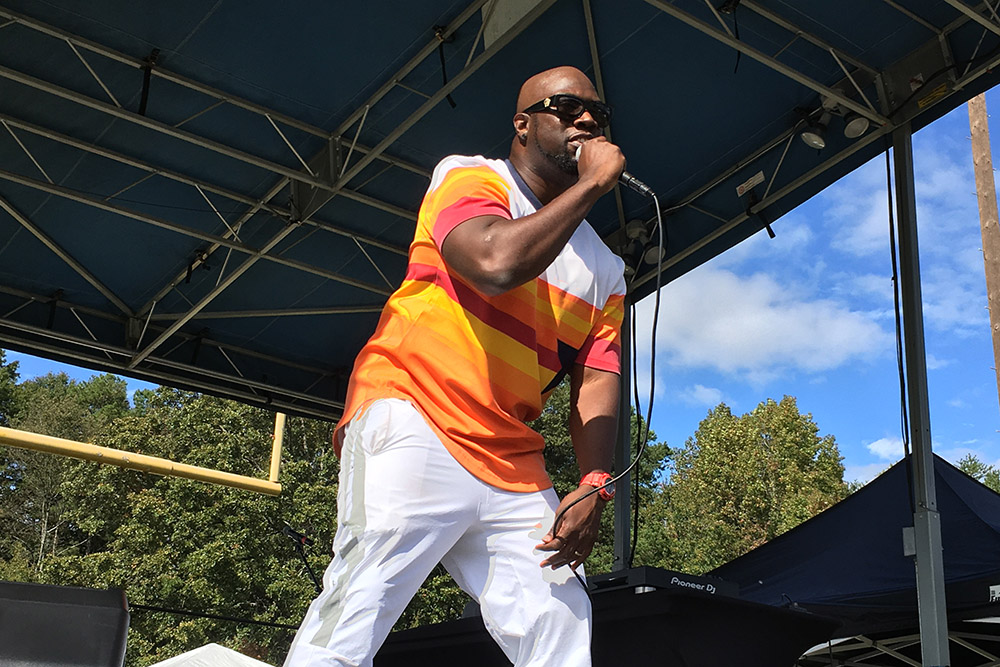 When you want to kick off something new, you want to go big. Other times, you know of something big, but need just the right place to share it. These two concepts came together beautifully when Mecklenburg Park & Recreation kicked off its first ever Fall Festival at Tuckeseegee Park with guest rapper, entertainer, and motivational speaker, SaulPaul. And Partners for Parks was happy to help make it happen.

Partners for Parks donated $10,000 to bring SaulPaul to the Fall Festival at Tuck on October 26, after Meck Park & Rec Director Lee Jones saw him perform at the 2018 National Recreation and Parks Association meeting.

“SaulPaul brought people from all over together on stage, wrote a song with words from each person, taught them to dance, and tied everyone together,” says Jones. “It was very moving. I wanted to bring that inspiration here.” 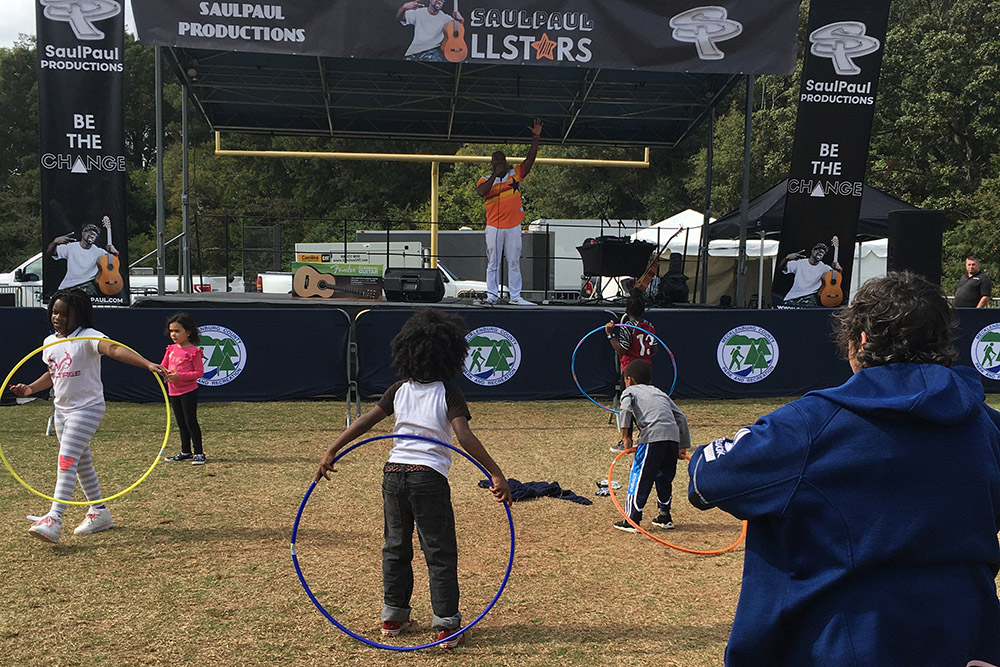 While SaulPaul is an international recording artist who’s played South by Southwest and does TED Talks, he also has a unique ability to create songs and lyrics ‘freestyle’ — on the spur of the moment, often to the rhythm of a Texas two-step — and has an incredible backstory to go with all of it.

Raised in Texas by a grandmother, relatives, and in foster care after his mother died, SaulPaul dropped out of college his first year and hit the streets. Four felonies later, he spent two years in the Texas State Penitentiary before deciding to live a better life. He re-enrolled at the University of Texas and graduated with a 4.0. He uses his wisdom and music to empower young people to make good decisions.

“That’s the kind of inspiration we need here,” recalls Jones after seeing SaulPaul perform. He knew he wanted to bring the magnetic presence to a Mecklenburg County Park and Recreation event, and thought the first ever Fall Festival would be the right one — but how? Partners for Parks Treasurer Al Brown asked, “How can we help?” and from there the $10,000 donation from Partners for Parks smoothed the way.

“We were able to make that happen,” smiles Jones. 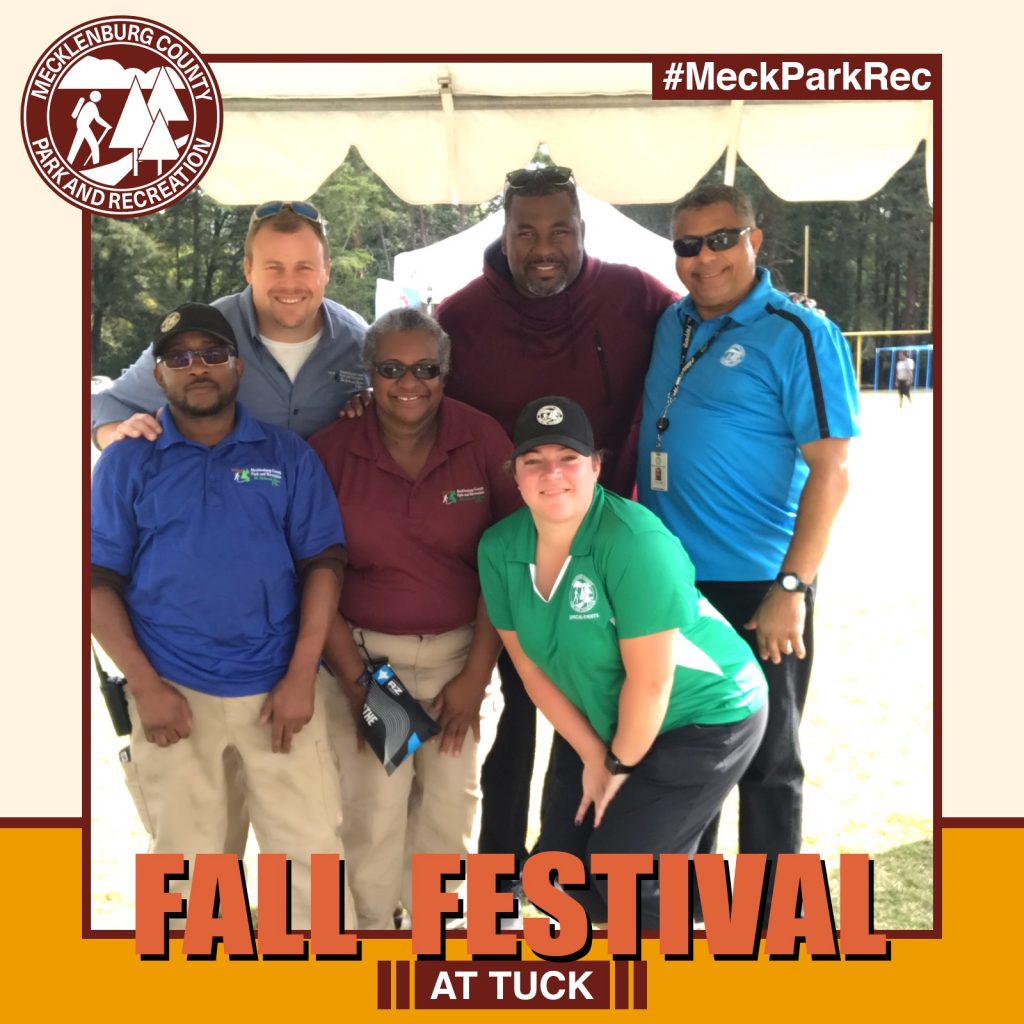 SaulPaul went on to light up the stage for even longer than the agreed-upon time, drawing an audience from other nearby events and feeding off the crowd’s energy. He posted a photo on his Facebook page, thanking Mecklenburg County Park and Recreation for the opportunity.

It was a natural fit for the entertainer who brought us the “Park and Rec Two-Step,” right?

Jones says it was the perfect kick-off to the series of festivals MCP&R is hosting to bring attention to the county’s parks and recreation centers. Meck Park & Rec also gave out 300 food vouchers, so the crowd wouldn’t dance on an empty stomach.

“SaulPaul gave a lot of shout-outs,” says Jones. “He was grateful to be there, thanked God, and reminded everyone how important it is to work together and be together.”

And Partners for Parks is happy to help make the first festival a good one, and continue Breathing Life into our Community. 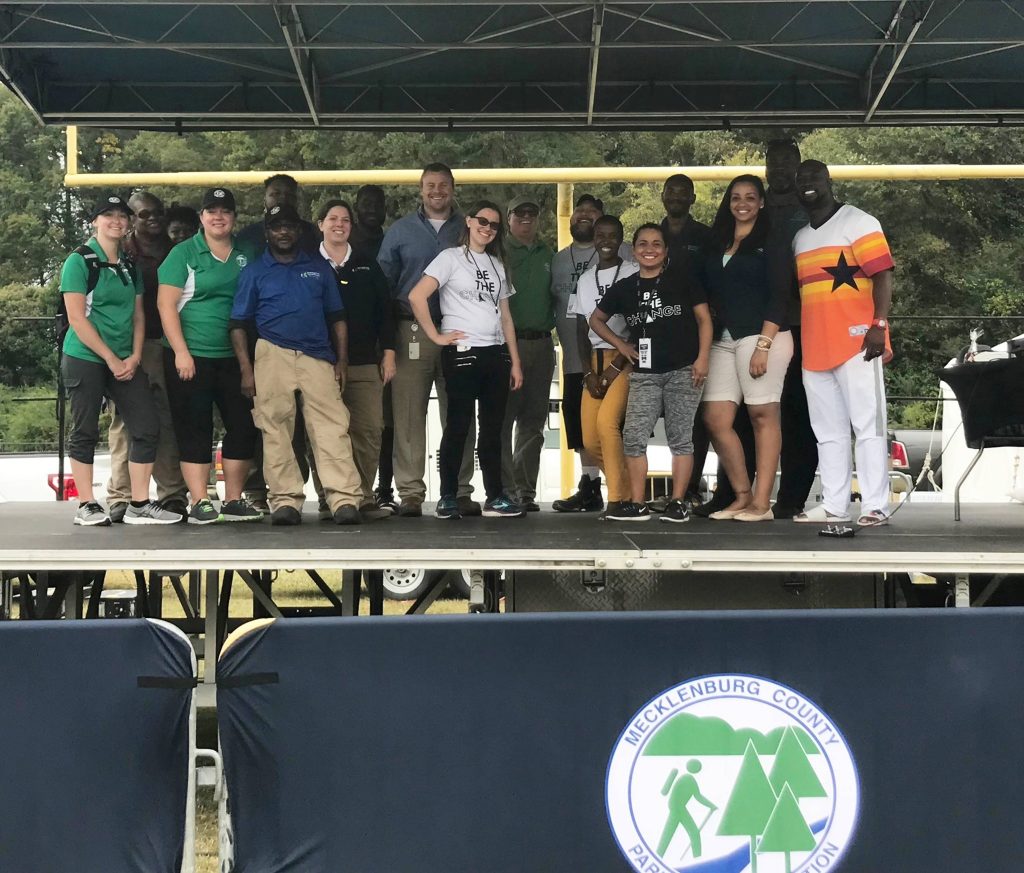