“Play is the work of children.” This often-quoted phrase has been attributed to educators from Maria Montessori to Mr. Rogers. But c’mon, don’t kids need to learn about work ethic? Skills? Drills? Make the travel team?

Not so fast, says longtime youth sports leader and Partners for Parks Board member, Alvin Woods. Play, says Woods, is how kids learn to be athletes. That’s why he’s been happy to support, along with Partners for Parks, annual ProCamps that allow Charlotte-area kids to learn sports from Carolina Panthers and Charlotte Hornets.

“It’s all about play,” says Woods. “Play can lead to bigger things.”

Because of a longstanding relationship between Partners for Parks and ProCamps, Partners for Parks was given 10 scholarships to share with area children who would otherwise not be able to attend the basketball ProCamps with Kemba Walker in June. Woods’ years of working with area youth allowed him to find 10 young athletes who could make it to the two-day camp, and benefitted from the expert coaching offered there.

“You have to be attentive and follow directions,” says Woods of the life skills that ProCamps teaches. Athletes learn new things from coaches with a different perspective. And the most important part — play.

“It’s not about pro skills with kids, it’s about play,” says Woods. 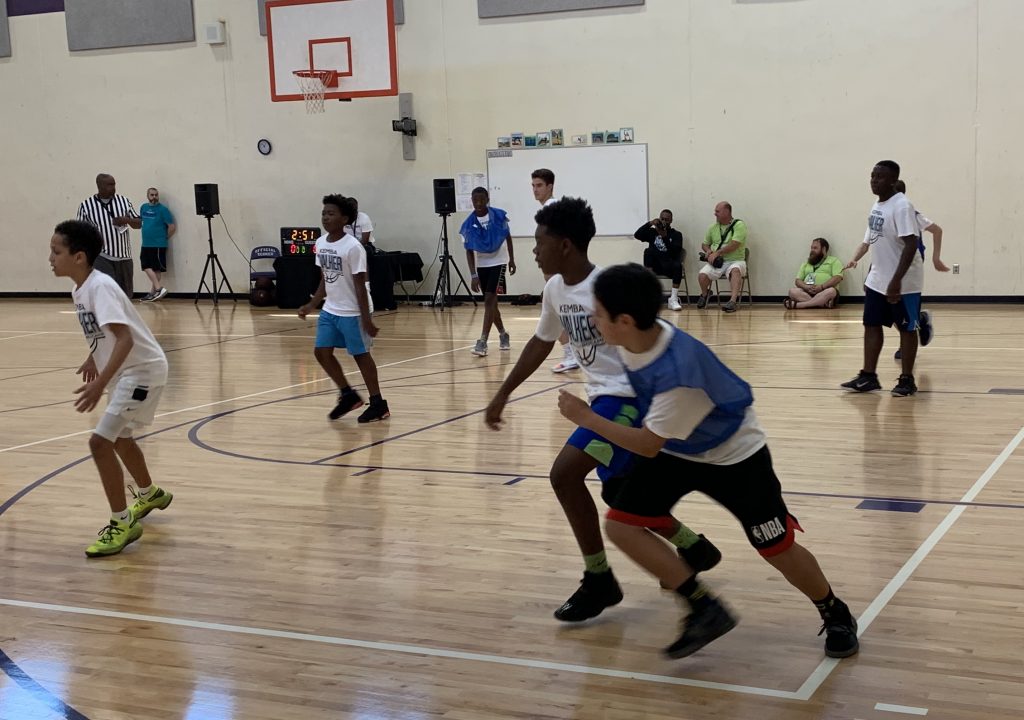 Woods remembers watching Steve Smith lead the ProCamps when he played for the Panthers. “Steve Smith was there every minute,” says Woods. “He loved to play with the kids.”

Nicole Smith of Charlotte praised the opportunities her son Nicholas, 12, enjoyed from taking part in the Kemba Walker basketball ProCamps. The seventh grader at Quail Hollow Middle School lunged for ball after ball during scrimmages in the Ardrey Kell High School gym. The Charlotte Hornets All-Star sat nearby watching the kids play.

“He loves basketball and he loves Kemba Walker,” says Smith about her son. “He’s a big Hornets fan!”

But she noticed more important skills being developed in Nicholas since he started taking part in ProCamps. “Just going to the camps has really impacted Nicholas,” she says. “He really listens to what coaches tell him, and works on what coaches tell him to do — even after camp is over.”

The focus and listening skills have spilled over to school work and other teams, says Smith. “He knows he has to work harder, so he’s working harder,” she says.

This is Nicholas’s third year of taking part in the basketball ProCamps with Kemba Walker, and he’s participated with a scholarship every year. Smith understands that the only way for Nicholas to take part was with a little help.

“I’m a single parent. I couldn’t do it without a scholarship,” she says. Nicholas’s smile was evidence his “playtime” was fun and fruitful.

Fifteen lucky kids will benefit from scholarships given out by ProCamps through Partners for Parks, as they continue breathing life into our community, for our future.