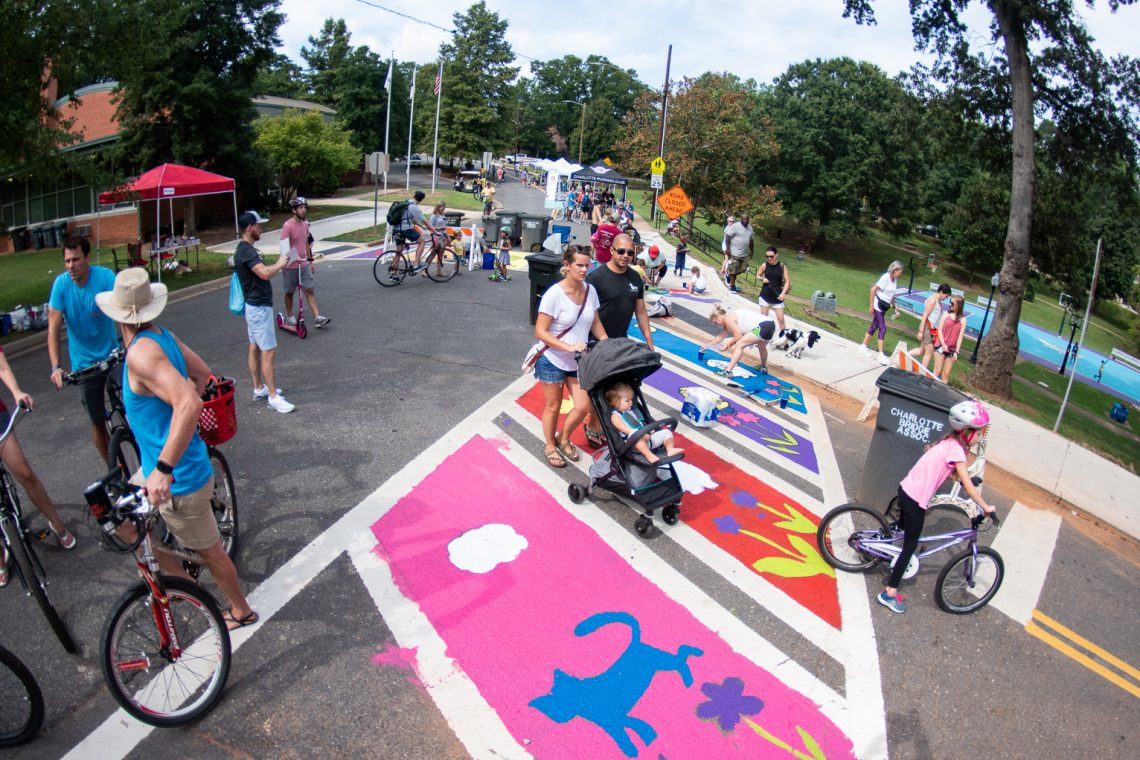 Open Streets, runs “Around the Crown,” Music in parks, and More

What a year! Do we say that every year? Because this year we really mean it. Partners for Parks has had another incredible year and we can’t wait to see how 2020 gets even better. Even so, 2019 is going to be hard to beat.

“We’ve had the most outstanding things to talk about,” says Al Brown, Treasurer at Partners for Parks. Among them, two record-breaking turnouts for Open Streets 704; a brand-new landmark race, Around the Crown 10k, that filled I-277 with thousands of runners; and a better-than-ever Summer Concert Series with Mecklenburg County Park and Recreation that filled First Ward Park with four great shows and lots of fun.

And to top it off, the Annual Awards and Sponsor Celebration in October “was the best we ever had,” says Brown. The event overlooking the uptown Charlotte skyline from the facility at Cordelia Park recognized the important people and groups who have been great partners in enhancing our our region’s parks and activities.

For starters, Open Streets 704 in both spring and fall broke records for their individual seasons. More than 32,000 people filled the streets on Sunday, April 28, to run, play, roll, stroll, and dance on the popular 4.3-mile, NoDa to Plaza Midwood route. The fall event brought out more than 20,000 people on its Dilworth to West End route, bringing the total for the year to more than 52,000! Southminster Family Zone and BOOM! Charlotte were just two of the successful collaborations that made these two afternoons of car(e) free streets fun for everyone. 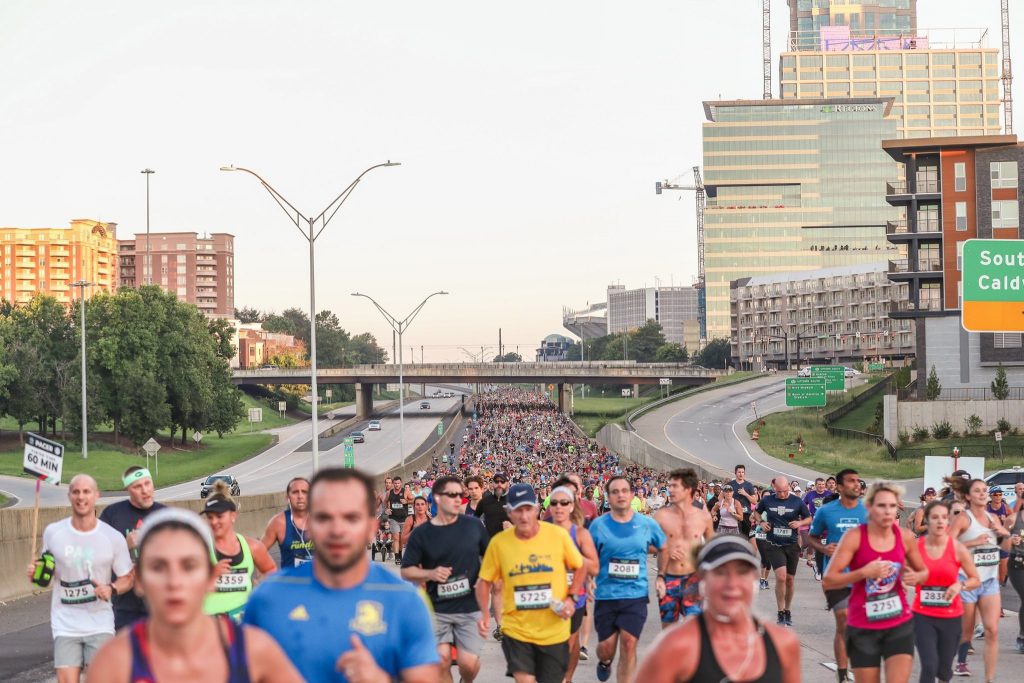 And while we’re talking about filling open streets, the first ever Around the Crown 10k on I-277 was a resounding success! Nearly 5,000 runners got a slower, street-level view of the skyline as they ran the beltway around uptown. The inaugural 10k race chose Partners for Parks as its beneficiary, raising nearly $10k to support Open Streets 704.

“What a great idea,” agrees Brown, who admits, like a lot of us, the idea of shutting down a major highway for runners would run into a lot of, um, traffic. Instead, the logistics flowed smoothly and another Around the Crown 10k is already on the calendar for Memorial Day weekend 2020. “I hope it grows and turns into an event like the bridge run!” cheered Brown.

A Summer Concert Series at First Ward Park was both pared down, and beefed up. Brown attributes the healthy turnout to great weather on fewer dates, with some homegrown, quality bands brought in by Mecklenburg County Park and Recreation.  Partners for Parks worked the crowds to raise awareness of its programs by handing out light bands, which were a big hit with kids and made the nighttime crowd glow.

The fun didn’t stop there, though. Partners for Parks was also happy to partner with Meck Park & Rec and Coca Cola Bottling Co. Consolidated to refresh six local basketball parks with new paint, rims, and nets, and Sprite logos.

Partners for Parks also kept youth activities going by helping ProCamps find 10 lucky kids to receive scholarships to the Kemba Walker Basketball ProCamps in June, and another 25 to take part in the Football ProCamps with Luke Kuechley and DJ Moore in July.

“Looking back over 2019, we have a lot to be proud of,” says Partners for Parks President Beth Poovey. “We are making great progress in helping Charlotte become a better community in which to live, work, and play outdoors.”

This year, Partners for Parks also continued other popular programs like the Memorial Tree and Bench Program, and funded master planning projects, landscaping, and playgrounds in conjunction with Mecklenburg County Park and Recreation. A statue walk along the Little Sugar Creek Greenway in Midtown is taking shape, and gaps in the county’s greenway network are being filled in.

Poovey is looking forward to Partners for Parks’ role supporting Mecklenburg County’s Park and Recreation Department in meeting our community’s open space and recreation needs in 2020.

“We will continue to embrace our goals of bringing together a diverse mix of people with Open Streets 704, advocating for a strong parks plan that includes solid funding, and making our parks active places full of fun-filled, family-friendly days of activity and community.”

Brown is also excited about continuing that growth and partnership in the future.

“It’s wonderful we’re getting great support from the county commissioners for Park and Rec for our local parks,” says Brown. New Greenways, parks, and programs will continue Partners for Parks’ great tradition of Breathing Life into Our Communities since 1996. 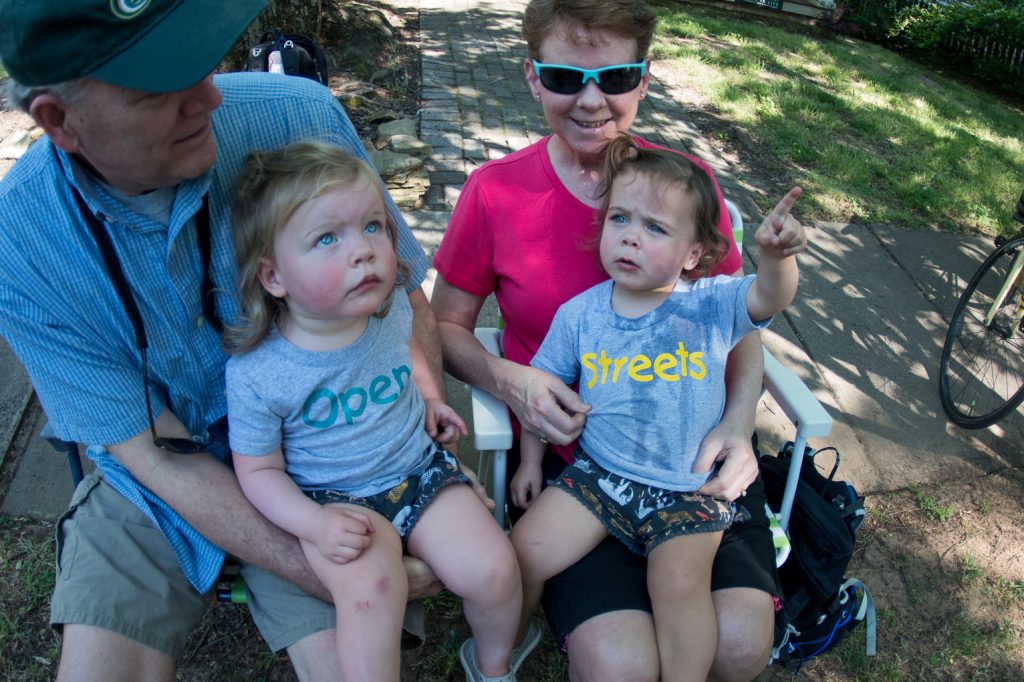