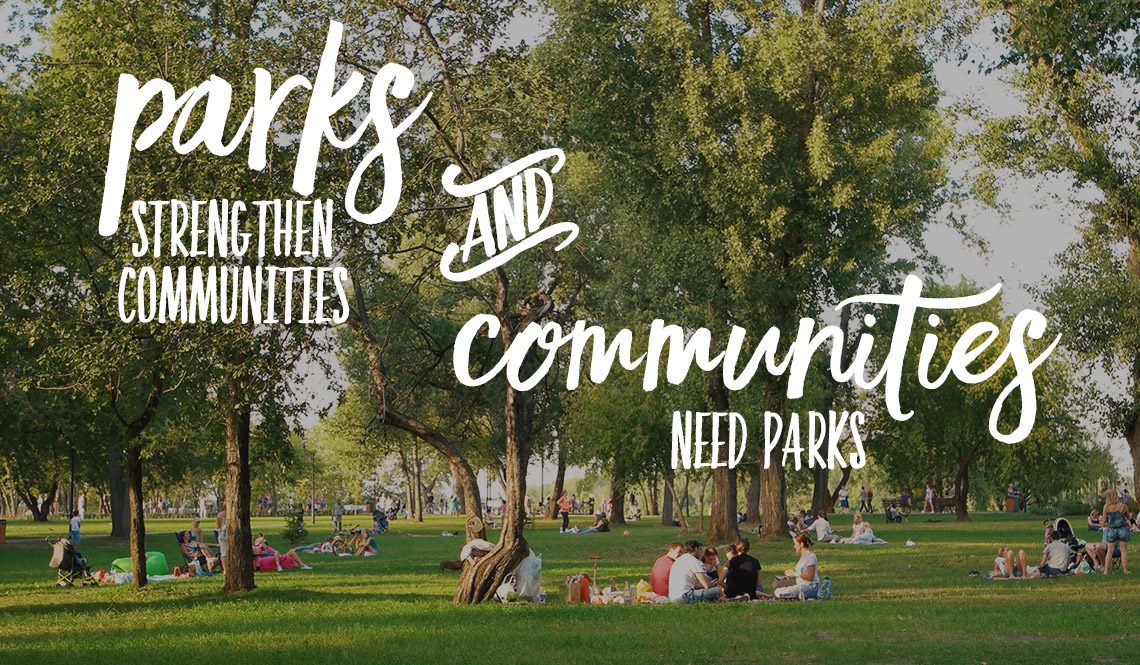 Partners for Parks celebrates another year of engaging the community through active play and green spaces. This time of year, we also celebrate those who’ve gone above and beyond in their advocacy. The five recipients of the 2019 Partners for Parks Awards have made significant personal and professional contributions to promote our parks, greenways, open spaces, and recreational opportunities in our community’s “outdoor living rooms” and recreation centers.

Please join us in celebrating our winners:

More than 30 years ago, a young woman and Charlotte native began extolling the virtues of greenways while still a student at UNC-Charlotte. She went on to work for Mecklenburg County Park and Recreation, turning her passion into her life’s work.

Greenways were more than just a job to Nancy Brunnemer — they were her mission. Often, she got the ball rolling on greenway plans, found the properties for the greenways and secured the land, and saw them as more than just bike paths or sidewalks. Nancy saw them as valuable buffers for our waterways, naturally filtering the water we would eventually drink, and the air we all breathe. She was literally the “boots on the ground” for the early days of Mecklenburg County’s greenway efforts, earning her the nickname of the “Mother of Greenways” here. Her work also earns her the 2019 Brad Davis Lifetime Achievement Award from Partners for Parks.

Every great program, from the largest to the smallest, succeeds on its details. Partners for Parks is not different. Many of our programs need agreements signed and legal details negotiated. For this reason, the pro bono work performed by Womble Bond Dickinson has been an invaluable part of Partners for Parks’ success.

From our founding with one of the firm’s lawyers, Joe Cogdell, who also created our by-laws, Womble Bond Dickinson and its predecessors have donated time and expertise to our efforts as a partner in promoting and enhancing parks and programs in Mecklenburg County. From land deals to leases, they’ve been there with us. In 2015, the firm performed negotiations with the U.S. Olympic Committee to bring the 2016 Paralympic Trials to Charlotte for three sports, and secured use of local venues. This was the first time 3 events had been contested in one city in Paralympic Trials history.

Over our history, Womble Bond Dickinson has been a true an integral partner to Partners for Parks’ advocacy for parks, play, and competition. For this reason, they are receiving this year’s Corporate Recognition Award.

Sometimes commitment begins with something uniquely personal, but persists when a greater purpose or need is seen. Such is the case for Mike Godsey of Abilities Unlimited. Mike founded Abilities Unlimited in 2003 with his own special needs son in mind. He has continued to maintain and promote the programs as Head Coach of the 2018 National Champion “Rollin’ Hornets” wheelchair basketball team, and as Director of Junior Programs for Abilities Unlimited. Even though his own son aged out of the programs, he continues to serve children drawn to the program with needs of their own.

This pursuit of excellence for potential U.S. Paralympic athletes in the sports of wheelchair basketball, softball, track and field, and swimming would not be possible without the commitment and leadership that Mike has shown beyond his own son’s original needs. Mike Godsey is the winner of our 2019 Joe Cogdell Volunteer Service Award.

We all learn better when we play together. The Clover School District and the Upper Palmetto YMCA have proven this with their unique partnership that serves local schools and the greater Clover community.

In this example of community cooperation, the Clover School District provided $18 million to fund a facility run by the YMCA. The new center includes two indoor pools and an outdoor 50-meter (or Olympic-sized) pool, as well as a full gym, running track, exercise equipment room, cycle room, nursery, and meeting space. As part of this agreement, the YMCA will teach every 4th grader in the Clover School district how to swim.

This partnership will save lives by teaching the life skill of swimming to Clover students, and serve as the home base of the up-and-coming Clover High School swim team. It will also be an ongoing resource for the healthy spirit, mind, and body for the Clover community for years to come. For these reasons, Partners for Parks gives its Project Recognition Award to the Clover School District Community YMCA as an example of community cooperation for active play that benefits all.

We know from experience that many young men and women discover their potential through learning that takes place OUTSIDE the classroom. Center 360 recognizes that, too. This program allys with students in 5th through 8th grades who are at risk of disconnecting from school, by engaging them in life skills training through music, art, sports, and technology.

By partnering with recreation centers in West Charlotte and the West Boulevard corridor, Center 360 has provided more than 200 youth with experiences to build life skills, persistence, self-awareness, and resilience, and to to enhance their personal and future career development. Center 360’s holistic approach to career development builds cultural capital these young adults need to open their eyes and futures to their economic potential.

For their work educating the whole middle school child, Partners for Parks chooses Center 360 for its 2019 Non-profit Organization Award.